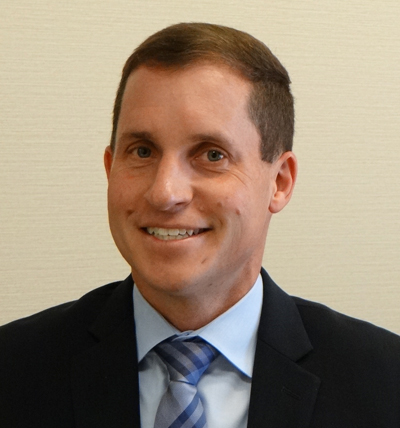 Dr. Kuhn, a Sports Medicine Specialist, is one of our many staff professionals who truly make a difference in the lives of their patients.

For half of her life, Karen Jones more or less had to learn to live with knee pain. Clearly, this was not an optimum situation for someone with a passion for martial arts.

Karen, now 64-years-old, has engaged in strenuous physical activities for about 30 years, the last 15 practicing Chung Do Kwan (a version of Tae Kwon Do) at Connecticut Chung Do Kwan Academy in Colchester CT. Her goal of winning a black belt started to become a distant hope due to her continuing and debilitating pain. In addition to her knees, her hips were also starting to give her steady discomfort. 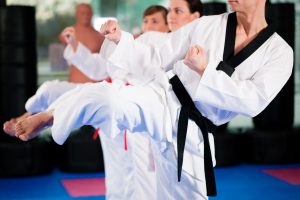 People in a gym in martial arts training exercising Taekwondo, the trainer has a black belt[/caption]Even when she first took up the sport, her movement seemed somewhat limited. She was unable to bend as deep or kick as high as she needed to in order to excel. For a sport that allows its athletes to use strength and discipline to relieve tension and stress, Chung Do Kwan was becoming less and less effective for Karen because her mind was always on working through the pain—to the exclusion of almost all else.

Through all the early years of practice, Karen received injections to lessen the pain in her knees. But the problem persisted; it came to the point where she was powerless to even lay on her side without intense distress. Left with few options, she began steroid treatments—but that merely raised her sugar levels, which was an unacceptable side effect for both her and the doctor.

Looking for a better solution, she received the best news imaginable after a visit to Orthopedic Associates of Middletown (OAM) with Dr Michael Kuhn. All of Karen’s knee pain, it was determined, was traceable to her hips, which, of course, were also giving her problems. What’s more, a permanent fix was easily obtainable, and she was in satisfactory condition to submit to surgery as soon as possible.

In March 2017, Karen underwent a complex arthroscopic procedure on her right hip performed by Dr. Michael Kuhn, a sport medicine, arthroscopic, and cartilage repair expert who joined the staff last year. Through several small incisions, he repaired torn cartilage and removed bone causing the hip pain known as femoroacetabular impingement (FAI). With the assistance of an arthroscope (camera), he performed this highly technical repair as an outpatient procedure.

Dr. Kuhn’s areas of expertise include orthopedic surgery, sports medicine, arthroscopy, and cartilage restoration. Three weeks following the surgery, Karen had a new range of motion, was pain-free for the first time in a long time, and felt primed not just to get back onto the Chung Do Kwan mat, but to even ramp up her training. She even has plans to schedule surgery on her other hip, and it is not necessarily visions of shiny belts that prompt her to make that decision, but the prospect of even more pain-free strength and even greater movement. Her second-degree black belt is more than a hope: it’s a virtual guarantee.

Karen was getting around her house without a walker shortly after the surgery. Her son—who inspired her martial arts practice and doubled as her post-surgery caretaker—could hardly believe his eyes.

Given her new-found freedom it is hard to believe that during the outpatient surgery Dr. Kuhn found bony impingement, swelling, cartilage, and detached ligaments all repaired through the camera. She was ecstatic that this was handled at OAM with the greatest of skill and the utmost care.

“If any doctor tells you there is nothing you can do about your painful knees or hips, rush over to OAM. Dr. Kuhn knew exactly what to do,” Karen eagerly reports. With facilities in Middletown, Marlborough, and Westbrook, OAM is unique in the region because of its standing as an advanced healthcare facility. OAM’s distinguished medical professionals use the most contemporary methods to treat all orthopedic and rheumatologic conditions. Every patient is treated on a highly personalized and compassionate basis. That, too, is what made Karen very pleased to have been treated there. Now when she’s back on the mat, it won’t really be to relieve tension and stress, but to show the world what she can do!